My Personal Story on Racism & Unity

I was just eight years old when we moved from an all-black neighborhood across town to an all-white neighborhood. My dad worked on the assembly line for Ford Motor Company in our small town of Monroe, Michigan—just south of Detroit. He received a promotion and now we were the first black family to move in on Dayton Road. It was the summer and life seemed to be going well for our family.

A neighbor, Mrs. Jones, came to our house to sell my mother Avon makeup. My mother, as beautiful as she was, didn’t wear makeup, but she invited the white lady into our living room and offered her tea. As they traded stories and laughs, my mother made a purchase to support Mrs. Jones’ business. They seemed to get along fine.

As Mrs. Jones made her way towards the door to leave our home, she turned around and said, “Just so you know, my husband and I started a petition so that no more blacks can move on our street.”

Sadness came across my mother’s face like a shadow. I’ll never forget that look. We never talked about it.

Fall came and it was time for me to go to my new school. Day one I waited at the bus stop then got on the school bus -- nothing but white faces greeted me. The bus was quiet, clean and orderly. No one said a word to me. We pulled up in front of the school and as I got off the bus I heard a kid say, “There he is, let’s get that nigger!” A green-eyed blonde headed fourth grader came up to me and punched me in the mouth. The next thing I knew, we were wrestling on the ground and I found myself in the principal’s office.

He said, “Robert, do you realize you are first black kid to come to Monroe Township Elementary School?”

I grabbed my sore jaw and answered, “No, but what’s the big deal?”

I had no idea that I had been the subject of school board meetings and parent/teacher meetings prior to the school year to discuss how the school was going to handle the “integration of a black student.” No one had told me about the meetings.

Before Mr. Pyle could respond to me, the green-eye blonde haired kid who sucker-punched me came in the office and sat next me. Mr. Pyle was called out the room, leaving the white kid and I alone.

He turns to me and says, “I’m Greg. Your name is Robert, right?”

He shrugged and answered, “My parents talk about you a lot. You live down the street from me.”

Then he asked me a question that would change the course of our relationship.

I smiled, “A baseball player,” I said, “just like Jackie Robinson.”

Greg smiled back and agreed, “I love baseball! I play shortstop. Want to play after school?”

Mr. Pyle came back into his office and told us to go to class. Greg and I shook hands and rode the bus home together after school.

Turns out Greg and I shared the same stop and when we got off the bus, he invited me to his house. Neither of our parents would come home from work until later and it seemed like a great idea. As I walked into Greg’s house a black labrador retriever came running to him with his tail wagging in great excitement.

Enthusiastic, the dog ran up and gave him a big lick on the face. It seemed to be a natural everyday routine between Greg and this dog.

I was confused. “Your dog is named Nigger?” I asked, frowning.

“It’s my dad’s dog,” Greg answered matter-of-factly, “but I don’t like my dad much … but Nigger’s a good dog.” He had no idea the name was offensive.

For some strange reason it didn’t seem to bother me much. You see while in the principal’s office, Greg and I talked about baseball, hunting for worms for fishing, and playing G.I. Joes … all of my favorite things. And even though we started off by Greg hitting me because I was black, he didn’t seem to care anymore that I was black.

On our way to Greg’s room to get his bat and glove, I noticed a picture of his dad. His dad was wearing a uniform.

I asked, “What uniform is your dad wearing?”

“My dad is a sheriff,” he said and grabbed his ball and two gloves.

We went outside and played catch and talked about playing in the major leagues, catching worms for fishing, and G.I. Joes until it got dark. I needed to get home.

During the school year, Greg and I would become best friends. [W9] He always sat next to me at lunch as we were both obsessed with baseball. During the next two summers we would play on the same baseball team. He played shortstop and I played second base. We talked and dreamed the entire year about one day “turning a double play” just like Ed Brinkman and Gary Sutherland of the Detroit Tigers did on the radio.

Then one hot summer day during a baseball game, magic happened. Greg was playing shortstop and I was playing second base. There was runner on first base. As the pitcher pitched the ball to the batter, he hit the ball hard towards Greg. Greg caught the ball in his glove like a pro … just liked we had practiced a thousand times. I ran over to the second base where Greg flipped me the ball. I caught the ball in my glove, it felt like a hot potato. The umpire behind me called the second base runner, “Out!”

Immediately I threw the ball as hard I could towards first base, “Out!” the umpire shouted … I couldn’t believe it!

We did it! We turned a double play! It was just like we dreamed from the first time we met in that principal’s office two years ago. Our mothers were on the sideline and cheered for us like we had won a million dollars. What a day!

I couldn’t wait to see Greg in the morning at school to talk about the double play. But Greg wasn’t at school.

That night after the game, Greg stole his dad’s sheriff’s car. Greg drove his dad’s police vehicle through the city with the lights flashing and the sirens blaring. Before the police could stop him, Greg wrecked his dad’s prized possession.

I don’t know the details of that night, but I remembered Greg telling me that his dad used to beat him often. When Greg got home after wrecking the car, he found one of his dad’s guns and shot himself dead. Greg Florian committed suicide at just 10 years old. To this day, I remember the impact of seeing his obituary in the newspaper. I lost my best friend.

It is now almost 40 years later, and I am shaped by that time with Greg. He never apologized for calling me a nigger. He didn’t have to. He never said, “I’m sorry” for punching me in the mouth. It wasn’t a big deal. What was a big deal to me was that he loved playing baseball, hunting for worms for fishing, and playing G.I. Joes. And so did I. That was all that mattered.

After high school, I enlisted into the U.S. Army. I recall putting on that military uniform for the first time. I thought about Greg and I playing G.I. Joes as kids. Now I was a real G.I. Joe for my country. I saluted Greg, knowing he would be proud of me.

Was a Greg a racist? No. I never met Greg’s dad, but what Greg learned from his dad about black people was racist and it caused Greg to react negatively towards me as a fourth grader. Who knows what Greg’s racial views would have been as an adult without our interaction as kids. Most likely, racist views passed down by his dad would have become his own.

Instead, somehow Greg and I were able to rise above our differences to focus on what we had in common … a theme of unity, teamwork and forgiveness I wish we had in America.

Because Greg and I were able to focus on things that mattered and overcome what made us different, I actually believe America can be unified amongst our races. I am a black man who grew up around white people. I don’t let racism I encounter create anger in me. I reject and refuse racism and focus on love and unity.

Through my seminars, books, speaking engagements and ministry, I will continue to fight for unity for all Americans.

Inner Cities: The Frontier of Wealth 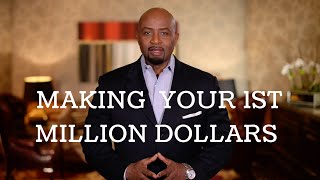 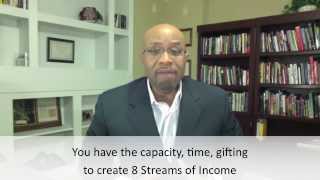 Can The Bible Help With Financial Problems?

Are You Apart of an Uncaring Organization?

What You Should Be Doing Everyday to Succeed

3 Questions That Can Make or Break Your Relationships